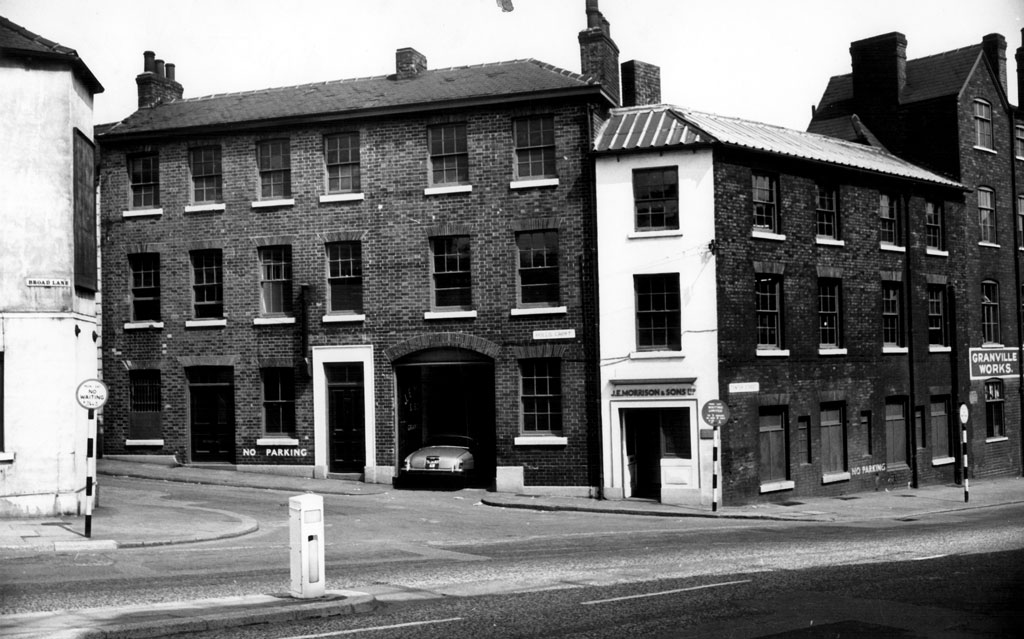 The foundation for Joseph Elliot & Sons was advertised as being 1795, and the firm’s trademark of two ‘C’s and a Maltese Cross was granted in 1805. By 1825 the firm moved from Sambourn Square to Hollis Croft, where they focused on producing razors. By the 1850s the company was a manufacturer and merchant, dealing with table cutlery, palette knives and scissors, as well as razors. In 1881 the census recorded that the company employed 110 men. During its growth in production in the late nineteenth century it also bought up the marks of many smaller companies such as John Barber, Prior Brothers and George Woodhead and Son. It was after the company bought the assets of Allen & Sons in 1900 that the Hollis Croft factory was renamed Granville Works, the name of the works used by Allen & Sons.

After the First World War the company became part of Sheffield Cutlery Manufacturers Ltd, along with Southern & Richardson and Needham, Veall & Tyzack, however, they managed to emerge from the failed venture intact. By 1926 Joseph Elliot & Sons had moved to Sylvester Works on Sylvester Street, where they remained until the company was wound up in 1998. It was one of the last firms in Sheffield to preserve traditional methods, such as hand forging and grinding cutlery, into the early 1980s.