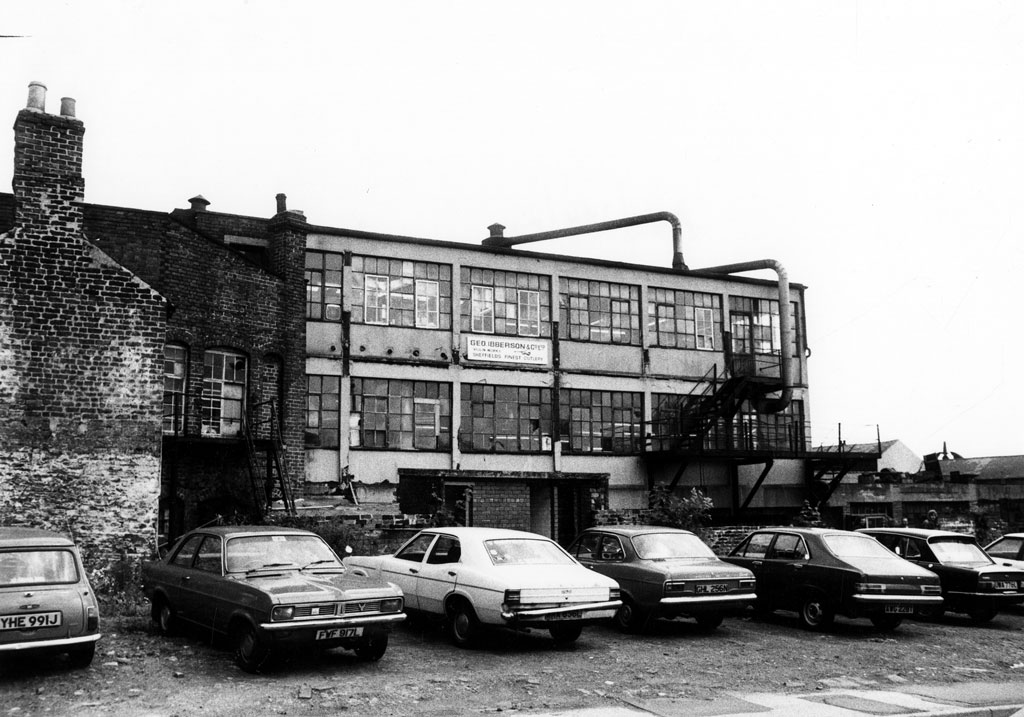 Watch a film of a pen knife blade being hand forged at George Ibberson. This video has no sound.

The first mention of an Ibberson making cutlery in Sheffield was in 1673, when William Ibberson was granted his freedom by the Company of Cutlers. William’s son Joseph went on to become the Master Cutler in 1759, so the family was already very prominent within the cutlery trade. The family fortunes became established through the work of George Ibberson who in 1871 created Wilson and Ibberson with Albert Wilson, which could be found in Exchange Gateway, Fargate.

By 1874 George Ibberson was working on his own from the Central Works on West Street, making table knives, carvers, razors and trade knives. They were most famous for their hand forged pen and pocket knives, which were hafted in expensive materials such as pearl, tortoiseshell and ivory. Ibberson’s made several promotional films about the company from the mid-1920s onwards, which showed the processes involved in making cutlery in their factory, including making hand-forged pen knives. They continued to develop new ranges in the twentieth century, including yachting knives and their Action Knife range.

The firm was sold in the 1980s, and in 1983 the name and ‘double sharp’ makers mark was bought by Egginton Brothers Ltd.

The George Ibberson brand is now owned by Eggington Bros Ltd who have a history of Ibbersons on their company website.