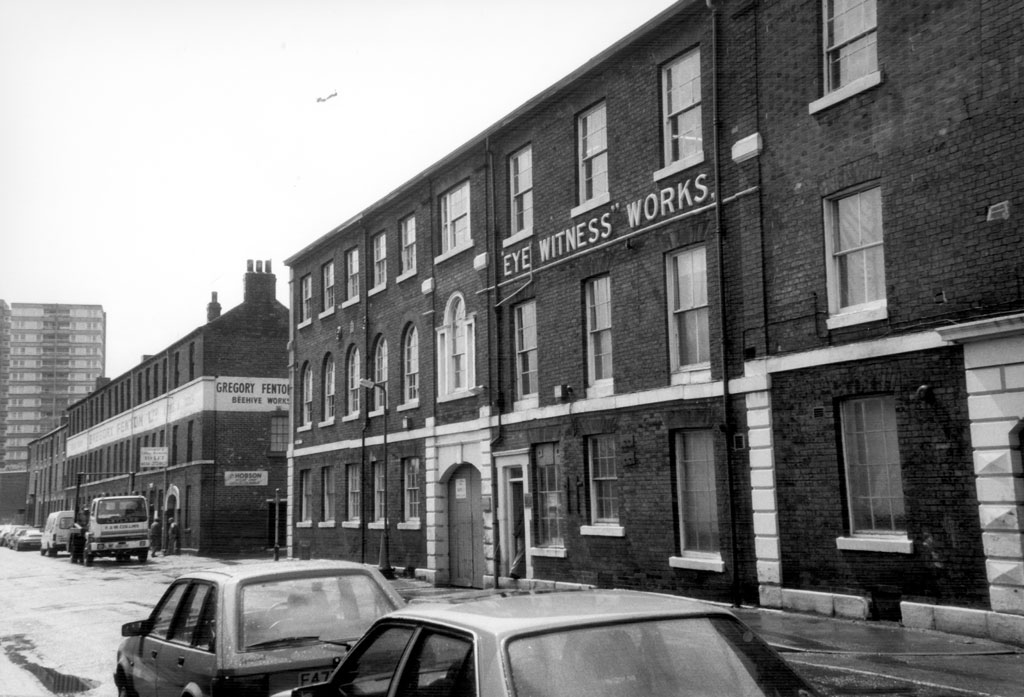 The eye witness mark was first granted in 1838 to John Taylor, and is thought to be either a reference to the Eye of Providence (the all-seeing eye) or a line from Shakespeare’s Henry IV where ‘No eye hath seen better’. The mark was acquired by Thomas Brown Needham upon Taylor’s death in 1854, and by 1879 the business was known as Needham, Veall & Tyzack and well established in Milton Street. In 1965 the company changed its name to Taylor’s Eye Witness after their famous trademark, a name which is still in use today, as the company still manufactures kitchen products and pocket knives.

In May 2015 the company announced that it had made a deal with Sheffield City Council to allow a building exchange. Taylor’s Eye Witness will move to a modern manufacturing and retail unit on Parkway Close in Sheffield, while the council will regenerate and then market the Eye Witness Works.