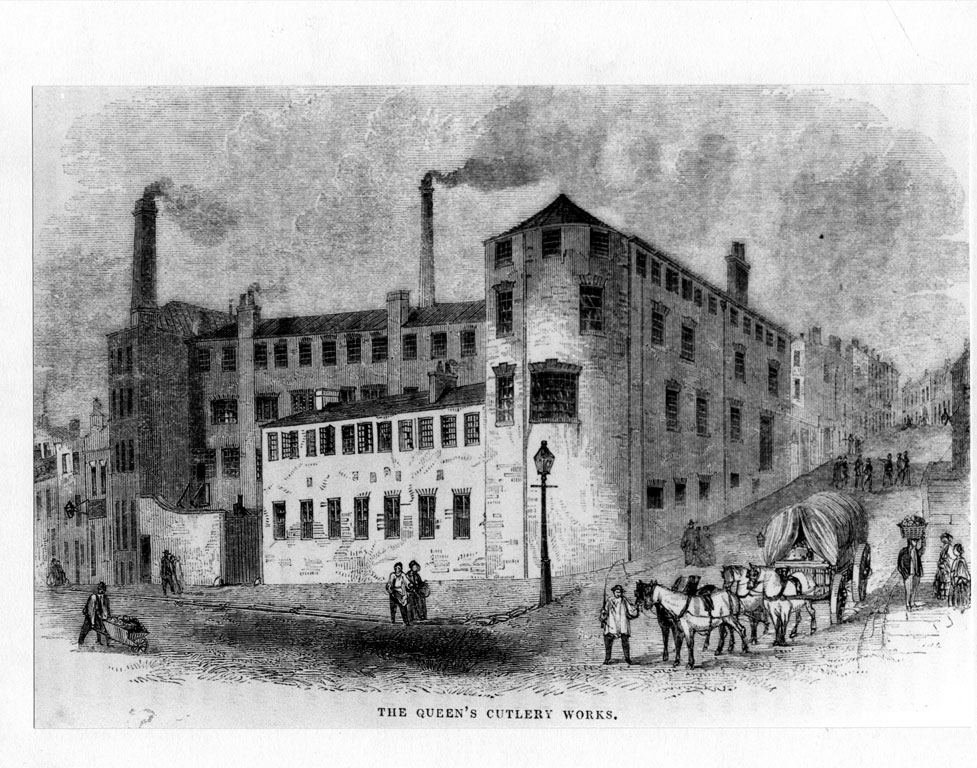 The Queen's Cutlery Works, Bakers Hill. Mappin Brothers manufactured from here until they were taken over by Mappin & Webb. ©Picture Sheffield

The family firm was reportedly founded in 1810 by Joseph Mappin, and their sun trademark was granted in 1835 by the Cutlers’ Company. They were not known as Mappin Brothers until after 1852 when all four of Joseph Mappin’s sons had joined the company, after his death. It was a year earlier in 1851 that they opened the Queen’s Plate and Cutlery Works on Baker’s Hill, bound by Little Pond Street and Flat Street. In 1859 there was an argument between the brothers and both the eldest son, Frederick, and the youngest, John, left the company. Frederick Mappin became a politician and was a director of many Sheffield companies. Mappin Brothers continued under Edward and Joseph Charles Mappin and acquired central London showrooms in 1856 and 1861, on King William Street at London Bridge, and Regent Street. By doing this they claimed they were the only Sheffield cutlery manufacturer to sell directly to the customer in London. The company was bought by Mappin & Webb and incorporated into their sales and manufacturing structure.

Please get in touch if you have any pictures of the Mappin Brothers works on Bakers Hill.