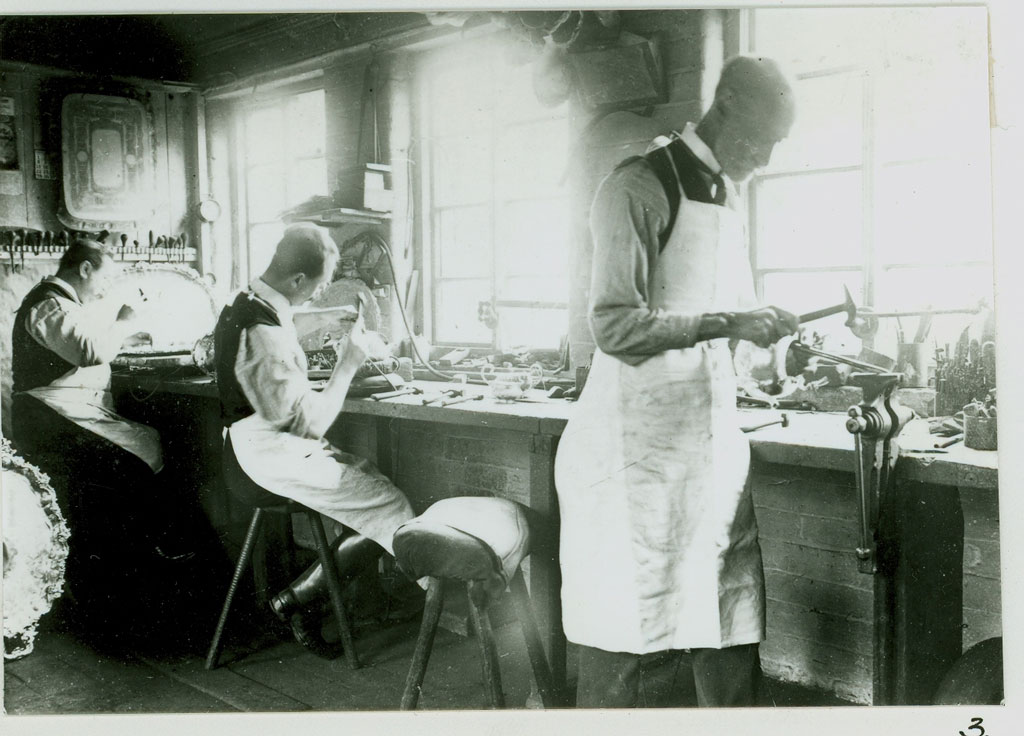 This company began life as Roberts, Cadman & Co. in 1784, and by 1826 William Sissons was a partner in the company. After several changes of both partners and name, by 1858 William and his sons William Jr and George, took control of the company. Former partner Evan Smith wrote to William Jr giving him advice on the business, which also gives an insight into sales in the early to mid-nineteenth century. Salesmen travelled from town to town displaying their goods and collecting orders from customers, before sending them back to the company to be fulfilled. Smith remembered the days of the stagecoach when ‘one had to go, patterns and all, outside a coach piled so high with luggage there was barely enough room to place your bottom, for 12 to 16 hours in the cold, rain or snow and generally night through…’

When William retired in 1861, the company was renamed W. & G. Sissons. After 97 years in a factory in Eyre Street, the company moved to Regency House on St. Mary’s Road in 1881 and registered its bell trademark for silverware there in 1890. The downturn in the cutlery trade and silverware business in the 1930s hit W. & G. Sissons badly and they began to manufacture monal metal kitchen sinks (a mix of 2/3 nickel and 1/3 copper). This side of the business was very successful, especially with the shift to producing stainless steel sanitaryware after the Second World War, so much so that sink manufacture was moved to Calver Mill in Bakewell. By 1952 sinks accounted for four fifths of total sales for the company and in the 1950s and ‘60s output had reached 10,000 units per annum.

Manufacturing continues to this day from a unit in Chesterfield; in 2002 the company joined the Swiss company Franke to become Franke Sissons Ltd and act as part of the Global Washrooms System Division. The company is now the largest manufacturer of stainless steel sinks in the UK and celebrated its 225 year anniversary in 2009.

Franke Sissons has a concise history celebrating over 225 years in manufacturing. Visit the page here.