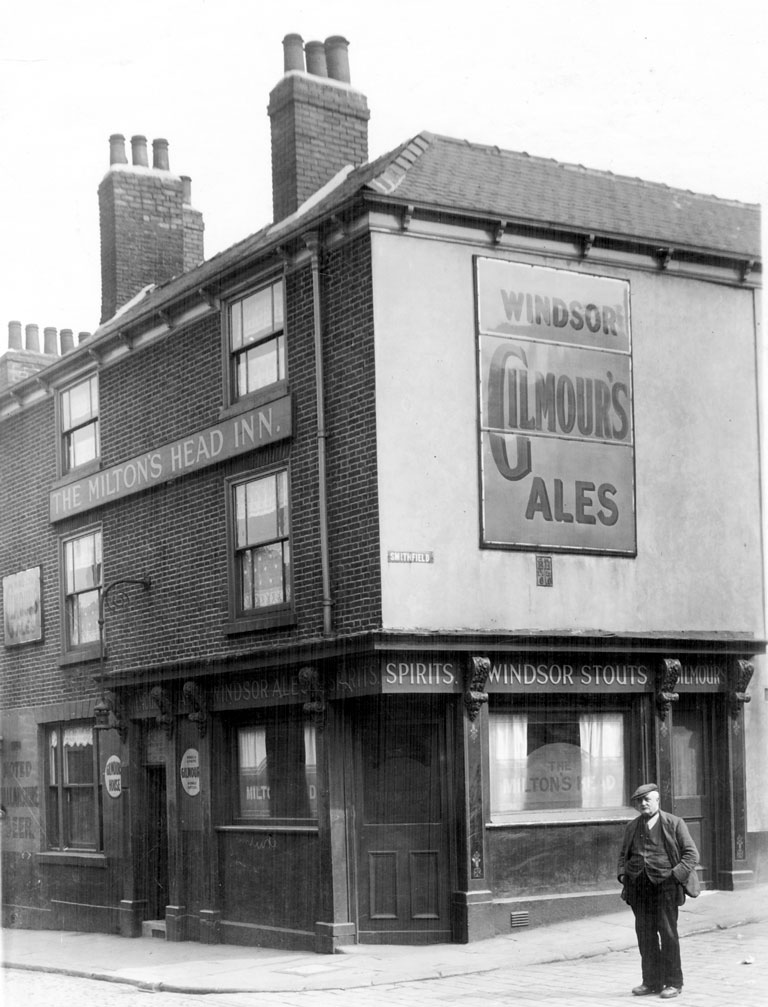 Pub which was once on the site of the modern Egginton Bros factory. ©Picture Sheffield

Egginton Brothers was reportedly founded in 1872, but the first record of them in the town directories was not until 1893 when they advertised as brass turners. It was not until 1895 when they are recorded as selling the item that made them famous; making and selling sharpening steels. They only sold the blades, not the finished item, and this was mainly to the Sheffield market. It was Cyril Egginton, son of one of the founders Arthur Egginton, which really made the business flourish. When trading became difficult due to economic problems in Sheffield, the company began to produce fully finished steels, which helped expand their national and international market.

In 1983 Egginton bought the George Ibberson brand, creating the Egginton Group. They expanded further in 1986 by buying the William Rodgers name, and the once great companies Joseph Rodgers & Sons and George Wostenholm. The company still produces butchers’ steels, along with fixed blade and pocket knives.

Egginton Group Ltd. has an detailed company history on their website here. There are also some films of the present day knife making process at Eggintons.